Arrival to Dubrovnik airport and transfer to the hotel. Overnight at the hotel in Dubrovnik area.

Breakfast at the hotel.

Today he might add that Dubrovnik is the place for all those who wish to renew themselves and their faith in human nature. Stari Grad - the old city of Dubrovnik and its medieval walls have been designated a World Heritage Site by UNESCO. Our guide will lead you through the narrow streets of the Old Town introducing you to the history and culture of this magnificent city. Many famous sights will be viewed along the way.  Overnight at the hotel in Dubrovnik area.

Breakfast at the hotel.  Private transfer from Dubrovnik to Split.

Split sightseeing tour with a local guide (duration approx. 2 hrs) The Split private tour will take you along the Old City to visit main sights: the old town of Split is built on and around the spectacular Roman Palace erected by the Roman Emperor Diocletian (born in Salona – today’s Solin) in the 4th century. The Cathedral St. Duje is composed of a church, formed from an Imperial Roman mausoleum,and a bell tower. Together they form the Cathedral of St. Duje. The Jupiter’s Temple is a temple dedicated to the god Jupiter of the ancient Romans, located near the Peristyle, the central square of the palace. It was built during the entire construction of Diocletian's Palace.

Breakfast at the hotel. Private transfer from Split to Zadar. (duration approx. 2 hrs)

The Zadar peninsula still preserves very old network of narrow and charming city streets, as well as a Roman forum dating back to the first century AD. The town is fortified with medieval walls, distinguished for their pretty and impressive ports – entries in the city all dating back to the sixteenth century. Even Alfred Hitchcock was impressed and supposedly said that the sunset here is more beautiful than in California. Private transfer from Zadar to Plitvice. (duration approx. 2 hrs) Overnight at the hotel in Plitvice area.

Breakfast at the hotel.

Visit of the Plitvice National Park –on own, tickets included (duration approx. 2,5hrs)

Plitvice National Park is one of the most beautiful and best preserved national parks in the country. This is why the entire lakes and surrounding area were declared a national park in 1949 and are listed on the UNESCO`s list of World Heritage Sites because of its exceptional beauty. it is a valley situated between high forested mountains in which lie, one below another, a string of sixteen beautiful lakes of crystal blue and green waters. Fed by small streams and brooks, they spill into each other in 92 foaming cascades and thundering waterfalls. The lakes themselves cover about 2 square kilometres and the entire national park covers 200 square kilometres. The Plitvice lakes` scenery will simply delight you regardless whether you are walking the paths and wooden bridges, taking a boat ride or just taking photographs. Transfer from Zagreb to Plitvice (duration approx. 2 hrs)

Zagreb grew up on two neighbouring hills: Kaptol - the centre of spiritual and religious life of north-western Croatia and Gradec - the commercial centre of skilful tradesmen and craftsmen. Visit the Upper Town with its Gothic Cathedral, the beautiful and ornate St. Catherine’s church or the massive St. Mark’s church with its famous colour-tiled roof. Continue to the medieval Stone Gate and “Dolac”, the open-air market which are a must for all visitors.  Overnight at the hotel in Zagreb area.

Breakfast at the hotel. Private transfer from the hotel to Zagreb airport. End of our services.

The above given rates include the following services:

Accommodation in 4*/5* hotels (as per above tables) in DBL standard rooms on BB basis and tourist taxes: 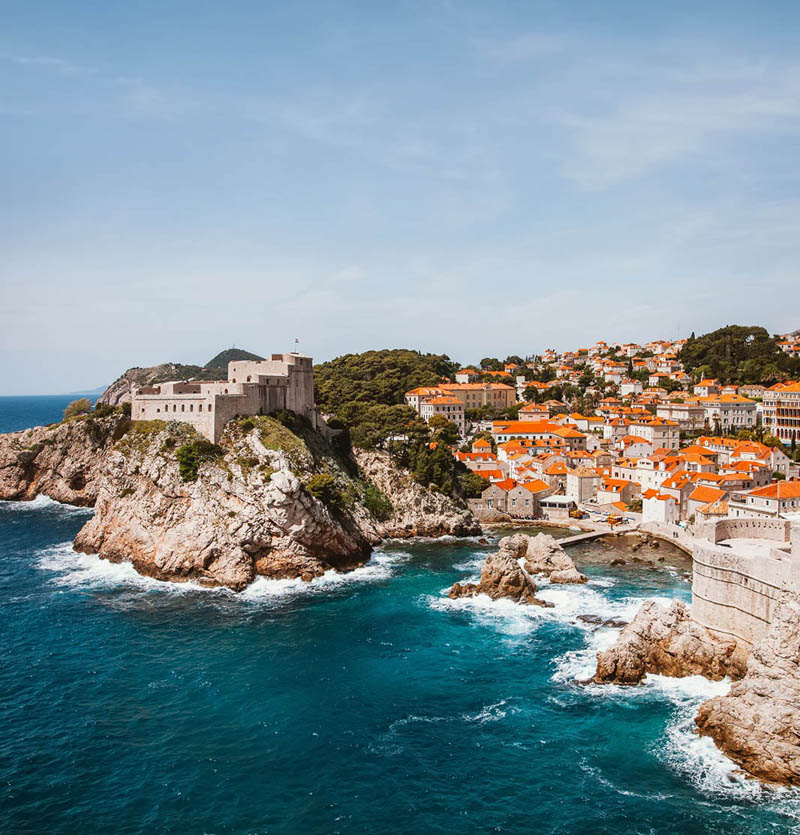